Abnormal, unexpected and it could affect the health and wealth of Directors

This week sees the official launch of the new Crisis Management Standard BS11200; is it the answer to all organisations’ worst nightmare? The standard places crises at the boardroom door, with a focus on the strategic implications, the reputational exposure and the long term liabilities that arise. 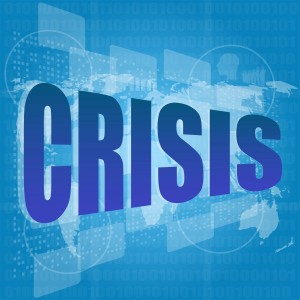 Whilst recognising that “disruptive incidents” which include fires, floods and failures can escalate to a point where the wellbeing of an organisation is challenged, the intention is to address the response to complex problems that can fundamentally threaten the strategy and stability of organisations.

In to this category fall those unforeseeable events which are very low frequency, high impact situations, which the risk management and contingency arrangements are not capable of controlling and the outcomes can lead at best to significant organisational change or at worst total failure.

It is targeted at “top managers” setting out the principles for crisis management and response. All Directors (we hope) seek to protect their organisation, its people, assets and stakeholders: not only is this enshrined in law but the personal exposure to liabilities and reputational damage can be significant if they fail. The more conscientious the Director, the harder the personal impacts will be.

Does this imply that the standard will be top of the boardroom reading list?

Well it would be good to think that it is and that the standard will result in more than plans and tick box reports because at its heart is a requirement for those charged with running companies to deliver when times are tough.

“Following the unexpected decision of EE and Vodafone to withdraw supply from Phones 4U, we regret that we are offline. Please accept our apologies and we will update you as soon as possible:”

A short communication posted on the Phones 4U web site (15 September 2014) that in reality is the probable loss of thousands of jobs, with 720 outlets and nearly 6000 jobs at stake as the company moves in to administration.

What we are seeing is the failure of a company, where the underlying strategy and business plan was affected by its relationship with key stakeholders; Vodafone and EE.

The crisis for Phones 4U occurs not in the week of the announcement of administration, but many months (if not years) back and the crisis will not be limited to the people employed by the company but all those organisations and individuals who are linked through contract and engagement.

If the standard has one key weakness, it is that few organisations will apply its guidance to the fundamental risks of the business, continuing to think of crises as external threats and incidents, as extreme events that remain unforeseeable until they hit you so hard that fast response and reactive communications are the only possible actions.

Most will argue that the Phones 4U example does not comfortably fit in to a crisis definition or that crisis management does not have a role to play. Well I would argue that it should and that it does.

But before you make a judgement consider the crisis definition:

An abnormal and unstable situation that threatens the organisation’s strategic objectives, reputation or viability.

Failure of the business model is an extreme example of a threat to the organisation’s strategic objectives, reputation and viability: the only argument then rests on the abnormal and unstable situation. I would suggest that any significant threat to the business plan is a potential crisis and should fall under crisis management.

Rewind Phones 4U back to the beginning of the year and its owners, BC Partners, were rumoured to be planning a £1 billion floatation on the London stock market with revenues boosted by the shift to 4G services. The picture presented is one of stability and growth. By March the tie up between Carphone Warehouse and Dixons is generating headlines with Phones 4u reported as approaching Dixons to discuss a tie up, the first public indications of a shift from normality being driven by a change in competition.

Dig deeper and there are earlier reports (2013) of BC Partners paying itself a one off dividend raised from the issue of £200 million of privately placed bonds. A reasonably normal business transaction but one which contributed to the crisis engulfing Phones 4u today.

In a reaction to the administration announcement which implicated Vodafone and EE: Vodafone has “strongly rejected” claims it acted improperly in pulling out of Phones 4U, pinning the blame instead on the decision by the chain’s private equity owners to load it with high-interest debt and collect a £200m windfall.

As this particular crisis continues to unfold in the media, the impacts to staff and creditors are measurable.  How much impact it will have on the Directors involved only time will tell but perhaps a better definition of a crisis would be:

“any organisational problem, situation, incident or issue that threatens the reputation, wealth, health or employment prospects of a Director”.