The Corpress Top 10 Risk and Crisis Influencers of 2014

In the world of risk and crisis management, one thing is certain: each year will deliver a series of events that make us sit up and take note, either in their unique nature, their far reaching impact or for their human factor.All of them will deliver lessons we can learn from. The following have made an impression on us in 2014. 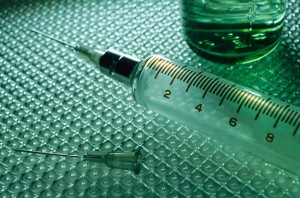 1. Ebola health workers and responders – for bravery in the face of frightening odds and for protecting all of us from the spread of a terrible disease.

Infectious disease planning has been high on the agenda in recent years but the outbreak of Ebola in West Africa in 2014, now the largest recorded outbreak of this disease, took the world by surprise. Looking beyond the selfless efforts of the agency and health workers to care for those affected and contain the spread of the disease, there will most certainly be an opportunity to improve future international response efforts through open and honest review and translating lessons learnt into positive global actions

2. Black Friday – for reminding us of human nature in the face of commercial opportunities.

It looks like Black Friday is here to stay in some shape or form as the start to the Christmas shopping season: retailers and shoppers relish the fight for the best sales or deals. The footage of in-store customer scrambles and frazzled security staff were matched by reports of customer frustration as web sites slowed and supply chains creaked under the pressure of demand over the Black Friday / Cyber Monday weekend. The extent to which the bulk of retailers and their suppliers had systematically anticipated and planned for these risks looks variable, but with 11 months to go and given the size of the prize, now is the opportunity to do just that. 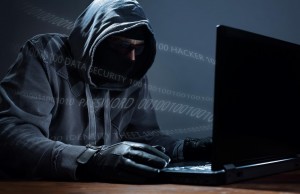 3. Sony Pictures – for making some questionable decisions and showing that companies without good crisis plans will always suffer. It takes a lot to get a President on your back.

Finally, a hacking story complete with celebrity gossip, presidential intervention and international politics. What else does cyber security need to get the attention of a wider audience? But beyond the dramatic escalation of events, the basic data security issues risk being lost…until next time. Take heed of Sony’s vulnerability to attack, this is not the first.

4. Tesco CEO Dave Lewis – for taking on the role and the challenge.

Profit warnings, fierce competition, accounting black holes, regulator investigations, culture under scrutiny…the list of emerging issues just kept coming for Tesco last year. But with a new top team in place, it seems its back to core values in pursuit of a strategic overhaul starting with engagement with employees and suppliers. With Christmas sales figures in the bag and the long term plan emerging, it’s a long road to recovery but could be a real chance for its workforce to participate in driving change with HR to play a lead role. Why not? 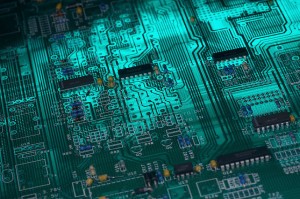 5. RBS – for showing it is not only hackers that create computer problems.

RBS, NatWest & Ulster Bank received combined regulator fines totalling £56m for the 2012 IT failures that prevented 6.5 million customers accessing banking services for several weeks. To quote the FCA, the “decision reflects the FCA’s commitment to ensuring that banks make the cultural shift away from “business continuity” (recovering from disruptive events) to “resilience” (ensuring that the banking activities most critical to customers can withstand the effect of disruptive events like software and other IT failures)”. A clear message: investment in IT infrastructure is not enough if the wider issues flowing from IT disruption are not addressed through a robust risk management approach. 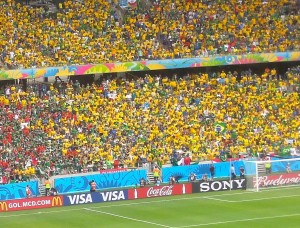 for reminding everyone that corruption is a strategic and global issue.

Against a long back story of alleged bribery issues, the seemingly positive step of appointing Michael J Garcia to investigate the 2018 and 2022 bidding processes may have given hope of greater transparency and accountability at the top of FIFA. Alas, reputational issues deepen with controversy over the published report summary, Garcia’s resignation and the full report release as yet suppressed. What next – sponsor pressure, leadership change or same old, same old? Whether the latter is sustainable is another question.

7. Somerset levels – for demonstrating that the expected can still be a crisis.

In the midst of last winter’s severe storms, rising flood waters eventually inundated the Somerset Levels and after a quiet start, the subsequent media storm really hit home. As residents displayed misery and perseverance in equal measure, the politicians – local and national – and the odd royal, were reeled into the debate and blame game on environmental policy and funding resulting in a prime ministerial commitment to dredging at whatever the cost. The moral of the story: if you live on a flood plain and it rains, then areas will get flooded and politicians will get very excited over decisions they made to let you flood by ignoring drainage. Time to mobilise an effective local lobby for desired results.

8. Network Rail – for showing how important contingency planning is; late running engineering works tested to destruction the depth of Christmas spirit amongst the travelling public.

Rail passengers know that engineering works on the rail network take place during national holidays but still have faith in project delivery capability such that plans will be delivered on schedule. After the serious disruption caused by over-running works after Christmas, Network Rail CEO Mark Carne (minus bonus) has committed to publishing the internal report into what went wrong and will face a Transport Select Committee hearing on January 14th. Will the weakness lie in the planning or execution of a project of this scale? Capability and people risks are likely to be on the agenda if critical success factors are explored in full.

9. Malaysian airlines – for tragically proving that crises are not always single events and that organisations must always be prepared for the unthinkable.

In a period of 5 months to lose 2 passenger planes in such unexpected circumstances, with the unexplained disappearance of flight MH370 and the shooting down of flight MH17, would be extreme events in any risk register. However the real and perceived gaps in the company’s response, notably in its communications and its care for the relatives of those lost from the very outset, has placed the organisation under immense pressure and severely damaged its reputation. Even in extreme and complex circumstances, organisations need to be capable of owning and managing their response.

10. Natural disasters – for what proved to be a relatively quiet year but still reminding us of something we all need to be continually aware of.

Initial figures from insurers for 2014 point to it being a much quieter year for natural disasters with Munich Re reporting an absence of “very severe catastrophes” and a “quiet” North American hurricane season. Without downplaying the seriousness of individual cases, 2014 saw a dramatic drop in lives lost from 21,000 in 2013 to 7,700 people in 2014. The Munich Re report gives credit to the establishment of early warning systems in contributing to the fall in losses but warns against a false sense of security. With a ten year average of some 97,000 deaths per year the implications are clear: don’t overlook the need to plan and exercise.

Share with us via Twitter @corpress hashtag #riskcrisis2014 the events that have made an impact on you and your business in in 2014.